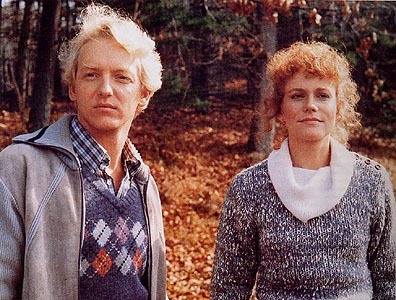 In this part ghost story, part thriller, Diana Stoving (Karlene Crockett) has a strong feeling that her mother has kept a secret from her about their past in Massachusetts, and she sets out to discover what that might be. Diana accidentally runs into a woman who works with age regression under hypnosis and who by coincidence is investigating the possession of a young man. It turns out that this possession is by Diana's grandfather, who has been trying to contact someone all this time -- it seems his death was anything but natural. The theme veers from possession to suspense thriller as Diana looks into the past.

Writer(s): Andrew Silver - based on the novel Some Other Place, The Right Place by Donald Harington