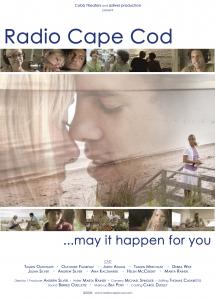 Radio Cape Cod is a charming pair of love stories, that celebrates nature and music. The film is set in Cape Cod.

We are excited to add several cast members:

MARTA RAINER:  Marta Rainer is currently preforming in her play "Unacustomed to my Name" and recently performed a lead role in the independent feature film The Painting, written/directed by John Beaulieu. Marta was proud to be Assistant Director to Second City founding director Paul Sills in developing an original Story Theatre production adapted from "The Stories of Red Hanrahan" by W. B. Yeats.  Marta is writing her next play and the screenplay for Radio Cape Cod.

O. T. FAGBENLE:  O.T. Plays with Jude Law and Juillette Binoche in Anythony Minghella's "Breaking and Entering"  O. T. has won the Best Actor Award from the Manchester Evening News Awards in 2004 for his part in Six Degrees of Separation.