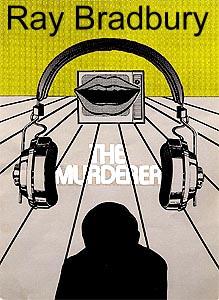 "The Murderer" is Ray Bradbury's comic story of Albert Brock, an individual in a futuristic society surrounded by communications devices which relentlessly demand his attention.

Fed up with this world of bodiless voices, he decides to liberate society by simply "turning them off". The resulting havoc he creates for those who lose all sense of security when they lose "touch", brings down the forces of social justice. Brock is determined mentally unsound and the fear of contagion leads to the drastic suggestion of "clonal-corectomy". Before such measures are taken, Dr. Nordau a hearlded mental specialist tries his old-fashioned techniques in an attempt to understand and help the patient.

Writer(s): Andrew Silver - based on the short story "The Murderer" by Ray Bradbury