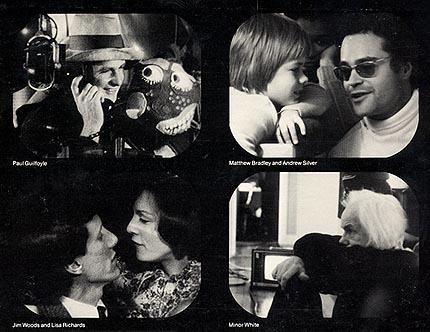 "Next door" is Kurt Vonnegut's portrayal of a young boy experiencing a night at home alone. The story opens with the boy's parents leaving him without a sitter for the first time while they are out to the movies. They are secure in the knowledge that in an emergency their son can contact the neighbors with whom they share a duplex. The irony is that as soon as they leave, the son becomes increasingly disturbed by an argument between these neighbors which he hears distinctly through a shared wall.

The disruption is added to by the blaring of the radio which is turned up so the boy's side of the house won't hear the argument. The noise and confusion build to a crushing climax with the boy imagining the expressions and faces of the arguing couple. Unable to bear it any more, he hits on an inspiration. He calls "All Night Sam" the ever present disc jockey and makes a dedication from Mr. To Mrs. Hager-a plea for reconcilliation.

The ensuing explosion when the woman hears the dedication warns us all is not right. It seems in fact that she is not Mrs. Hager at all. A frantic argument, the sound of gunshots and the hurried exit of the woman stikes terror in the boy's heart. An inquiring policeman arrives. "Did you hear any gunshots"? Just at this moment Mr. Hager appears at his door. The boy is only midly relieved to see him alive and well.

The closing scene is the return of the parents and their finding our hero asleep in his clothes. There is a strong dramatic irony between his parents notion of his quiet evening alone and our knowledge of the fantasy he has survived.

Writer(s): Andrew Silver - based on the short story "Next Door" by Kurt Vonnegut Jr.